(Recipient of the 2014 James Laughlin Award, Named a Longlist Finalist for the 2014 National Book Award in Poetry; reviews and more on Books page.)

Not Even Then (University of California Press, 2004) 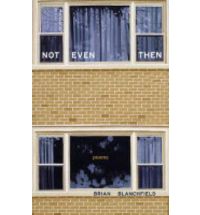 (reviews of Not Even Then by Stephen Burt in The New York Times Book Review, by Amy Schroeder in Boston Review, by Jean-Paul Pecqueur in Rain Taxi, by Paul Killebrew in the PSA’s Crossroads, by Gina Myers on H_ngm_n, and by Seth Abramson in The Huffingon Post)